Updates about Ark of Hope for Children's programs plus global news relating to our focus areas of child abuse, child trafficking or bullying.
﻿
Posts tagged 'Survivor_Support' Prayer Need: One teen male #ChildAbuse survivor we mentor is about to go into surgery to repair sexual damage done. It can be life threatening without the emergency surgery.

Need prayer for a young teen ‪#‎ChildAbuse‬ survivor I mentor every day. Just had surgery caused by the abuse suffered and things have taken a not good turn. Potassium levels extremely high, plus irregular heart rate. They are hooking up kidney dialysis to lower potassium levels. Could be a leakage from intestinal area so prepping for scans. Also could be causing bad bacterial infection which may be building as we speak.

PLEASE Support our survivor support mentoring and care work for this victim thru #ArkofHope for Children http://bit.ly/1LHaAA8 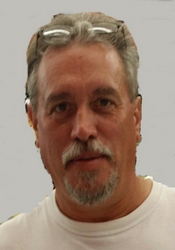