History of Ark of Hope for Children

Ark of Hope for Children 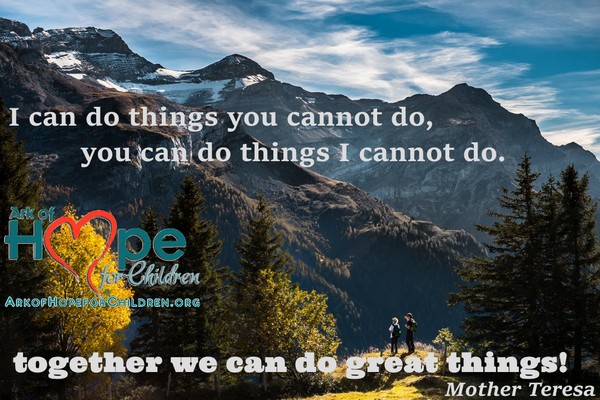 Blair and Verna Corbett left the normal marketplace in their mid forties. They have chosen to use their own childhood experiences, and their faith, to make a difference for God's hurting children. The Corbett's had five children by previous marriages when they married in 1998. They also cared for Ray, Verna's disabled, ½ paralyzed and blind ex-husband and his mother. The new family moved to Florida. 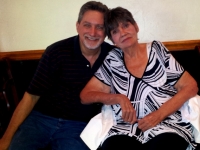 As children go, Blair and Verna had two of "hers," and three of "his," but they still wanted some of "theirs", and their only daughter wanted some sisters. So, in 1999 the Corbett's began adopting from foster care. They chose foster children due to both Corbett parents having lived through their own difficulties from abuse and neglect in their childhood years. They felt this equipped them to give a forever home to children who may not otherwise be considered adoptable. They sought out kids who had mental issues or whatever would make most look at other children instead.

Over the next couple of years they adopted five children, which meant 10 children now lived in their busy little home. The adopted a family of four who were expected to be split up in adoption due to the severity of some of their disabilities. Then they adopted a teen that had previously been abused, fostered, adopted and discarded back to the system. Due to mental and physical challenges the Corbett's knew these children would have otherwise aged out of the foster care system to lives of dire uncertainty.

Verna felt Gods nudge first as she realized He had bigger plans for the family. In 2000 they founded a nonprofit near Gainesville, Florida that would serve young child abuse victims, called Ark of Hope for Children. Their passion was to reach child abuse victims, to help them become strong and "habilitated" survivors. We are rehabilitated when we are given back what we once had. Too many abused children are born into a world of violence and neglect. Hence the Corbett's use the word 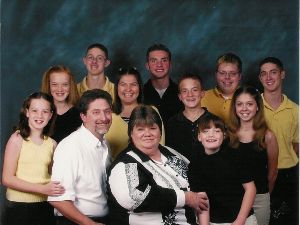 Blair & Verna Corbett family 2004 "habilitated" since the "re" can't be attached until it has first been experienced at least once.

Ark of Hope for Children was impassioned to serve the needs of abused and neglected children, in any way possible. The goal of Ark of Hope has been to "Break the chains of past abuse and lead child abuse victims into lives filled with faith, hope and love." Over the years the Corbett's and Ark of Hope have faced waves of difficulties, successes and awakenings as they have been molded to serve these very deserving children.

Not the least of these difficulties occurred when a "life extending" surgery for Verna in September of 2009, left her at death's door more than once for the next 1 ½ years. You can read about her Verna's "adventure" here. The Corbett family quickly adjusted so older "children" could manage the home while Blair kept Verna willing to fight for life. He stayed with Verna for 98% of her 7 months in and out of various ICU's, hospital floors and nursing homes that acted as rehabilitation centers. By the time they returned home from the final hospital stay in the spring of 2011, the majority of volunteers, board members and funds had withered away. Yet giving up was simply not an option.

Prior to Verna's disabling surgery Blair had built up an expansive internet based network for Ark of Hope for Children. Ark of Hope's social network presence had begun drawing child abuse victims to Blair that needed hope just to carry on. Most had received food and beds, but not the emotional support that would help them not give in to hopeless and suicidal thought patterns. Blair was committed to God to serve abused children in any way, so if this was it, so be it.

In 2008 it was as if God took him up on a previous silent vow Blair had made, "Bring me the worst of the child abuse victims and I will not turn away." A victim of incredibly severe ritual abuse found Ark of Hope on MySpace hoping he had found a truly compassionate place with open ears and hearts. The horrors he had faced physically and sexually for all of his young life, while imprisoned within the bowels a dark "religion," had left him firmly on suicides door step. He was "safe" in a highly protected living arrangement, with food, shelter and medical needs met. But emotionally the boy was beyond starving. His ability to trust any adult was stolen so his need could not be met by traditional means.

Due to the beauty of the internet, Blair's new mentee learned over time that he did not need to face all of 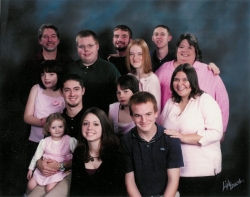 Blair & Verna Corbett family 2007 the shame and guilt when sharing his past with Blair. On the net, victims are not face to face, which enables them to more easily risk being honest about their past. They know they can just click away if truly necessary. This kind of sharing can be slow or difficult as the mentor must prove he is an adult worthy of the victims trust. Blair had to prove his ability to listen without judgment, without reaction, and with true "unconditional love."

Blair's relationship with this young man flourished throughout Verna's many hospitalizations. They continue in a fully bonded mentor type relationship today. This spawned more mentor relationships from other youth also once held captive and tortured as well. Victims from many other nations and continents have since been emotionally fed by Ark of Hope for Children throughout the United States plus Canada, Brazil, Mexico, the United Kingdom, Ireland, the Ukraine and Australia.

Ark of Hope for Children is incorporating plans for how to reach out to more abused children that are victims of child sex trafficking and bullying. All forms of child abuse leave emotional scars that can destroy fertile young minds.

We are told, "The abused will become abusers."

Ark of Hope boldly asks "Why?"

The answers lie in too few adults reaching out with compassion and unconditional love to "stand in the gap" for broken young lives. They can change. It has been proven. Ark of Hope for Children makes it part of our goals to identify, equip and mobilize selfless individuals, young and old, which will embrace these efforts. These children are our future that we will inherit no matter what. Without proper help many will die due to the abuse. But thousands of others will learn survival skills to make it in this world that will lead to victimizing others, homelessness, welfare, crime, drugs and imprisonment. This is simply not good enough even though our world systems are filled to the brim with these adult victims of child abuse.

Check the statistics, meditate on our goals, then we hope you will partner with us as together we,

"Create a legacy of Hope for abused, trafficked and bullied children worldwide."

Blair Corbett is an inspirational and motivational speaker for child abuse, child bullying and child trafficking. Blair and Verna Corbett are founders of the nonprofit Ark of Hope for Children. Blair was ordained in 2008 and has received honors for his ministry and counseling efforts. For over 25 years he has been ministering to "fatherless" and orphaned young people. Since 1992 Blair has done internet based support, mentoring and counseling. A growing number of abused youth continue to find his ministry online.

His "CounterAttack" mentoring / counsel program is now part of Ark of Hope's overall mission as the new Removing Chains live chat victim to survivor support site. Modertated text style chat bring hope and life change as survivors find impassioned listeners in the form of eMentors and Survivors Coaches. The site has over 12 different group or one-on-one chat rooms focused on different needs victimized people have, from depression to all forms of abuse, for survivors young and old.

Blair continues this work on a daily basis, often for 60+ hours per week. He continues to take the lead in Verna's recovery, with his 10 children and 3 grandchildren and with Verna's ex-husband Ray who continues to live with the Corbett family today. Over 800,000 individuals worldwide have joined their online causes on Ark of Hope for Children's website, Facebook pages, Twitter and more. Blair and Verna have "adopted" dozens of the young people they care for as honorary and dearly loved family members. They are all warming up their part of the globe for a hoped for visit from "mom and dad" someday.

Blair and Verna were also founding Board members of Forerunners Generation International; a powerful, life changing U.S. based ministry led by Pastor Forson Swanzy from Ghana, West Africa. Pastor Blair will take a role in the upcoming Forerunners Theological Institute alongside Pastor Swanzy. The Corbett's have each led "small groups" within various churches over the years before focusing entirely on victims of child abuse. Using the internet both assist in life change for adult victims of child abuse as well. They assist almost daily as facilitators on Justice For All Revolution a protected live chat social support network that Blair helped build online so victims could have a place of safety and support.

Contact Ark of Hope and the Corbett's by clicking here

The following video sums up ours and especially God's message to all victims of child abuse. You are worth it, your life can have great purpose and