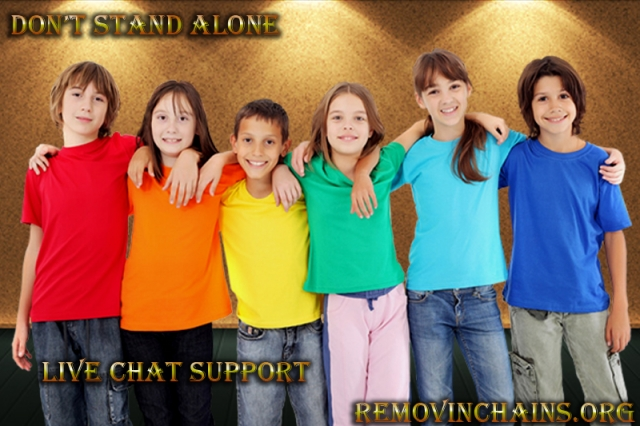 In days of old, when under attack, our ancestors would circle the wagons, rather than allow anyone be targeted for standing alone. They would band together as a community to protect one another and restore peace. 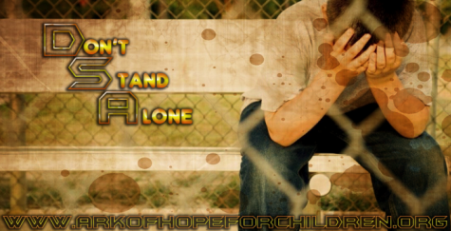 Led by Ark of Hope for Children, our Don’t Stand Alone - Stop Bullying team feels it is time to gather our communities and families around our schools and circle the wagons once again. Our students are targeted and the epidemic of bullying is expanding. Why? We feel it is because we are not banding together over the common cause of restoring peace and unity within our young people and their schools. Our students are standing targets and the drivers of the wagons have been too busy, self consumed or scattered to assist. It is time to incorporate the history we teach, come together as communities over this common cause and restore schools to united centers of learning and kindness.

Don’t Stand Alone – Stop Bullying is a collaboration of four great organizations that are focused on reaching young people targeted by bullying (peer abuse), depression, abuse, self harm, suicidal thoughts and more. Although we remain four separate organizations we are uniting in this effort to encourage communities to band together to restore peace among our youth. Parents, school staff, teachers and of course students; our young comrades are targeted because they stand alone in vulnerability.

Don’t Stand Alone – Stop Bullying is led by Ark of Hope for Children in association with Holding of Wrist, Challenge for Change Campaign, and 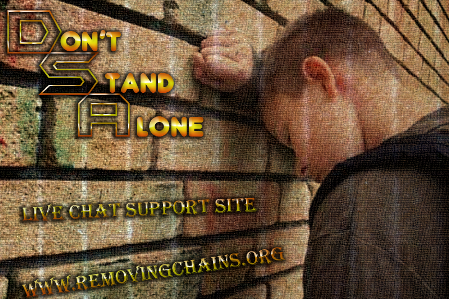 Jeremiah’s Hope for Kindness. Together we have a supporter-base of over three million people from all around the world. The representing organizations with Don’t Stand Alone want to come to your schools and communities to inspire long lasting change!

We’ve been perfecting our anti-bullying campaign and now it’s time to get hyped up about it! Don’t Stand Alone is coming to schools up and down the east coast to change school environments and lives. We will gather together students, staff, parents, and community leaders to assemblies at each school.

We will have motivational speeches, videos, TJ Prodigy performing some of his high energy mission focused numbers, interviews and an open-mic assembly meant for you! But that’s only the start; we’ll be holding give-a-ways, provide pamphlets about each organization, and share how any student can stay connected to us even after we have left the area. These will be fun and productive experiences for everyone involved! Join us in bringing real change and encouraging all young people with Don’t Stand Alone.

Ark of Hope for Children

Founded in 1999 by Blair and Verna Corbett and their family of twelve, Ark of Hope for Children provides emotional care, mobilizes advocates and

Started in 2011 by Youtube sensation TJ Prodigy, Challenge for Change Campaign has achieved 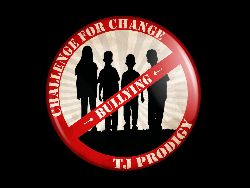 numerous acts of kindness. At only 12 years old, TJ Prodigy has gained more than 11,000 twitter followers and over 100,000 views on Youtube. Using music that he writes and coproduces, TJ hopes to influence lives around the world, and he has begun doing that. His message is simple, bullying is wrong & needs to be changed. He dedicates most days towards his music which spreads that message, along with replying to his fans on Twitter. His most recent single is “Hands Up” which has gotten an outstanding 6,000 views in one month and has reached listeners in over 50 countries.  Before that, TJ collaborated with Tae Brooks to make “We Stand” which has gotten over 20,000 views in five months!

75,000 e-mails from people in over 50 countries and has formed a community of over 100,000 people. Their message remains the same as it was in 2008, they believe love can change the world & that positive thinking has a big influence on your life. HOW has helped thousands of young people through self-harm, depression, and suicidal thoughts due to bullying, LGBT issues and more. Jimmy Elliott, now 19, has uploaded over 200 youtube videos which total over 150,000 views and has gained nearly 50,000 Twitter followers since 2008.

Ann has a Master’s degree in Community Psychology with a focus on bullying and violence prevention. She is also a certified trainer/consultant for the Olweus Bullying Prevention Program. Ann gives presentations telling their story, along with what she has learned about bullying prevention and what can be done to stop and prevent it. JHFK will help schools set up a plan to get involved, prevent bullying and to increase kindness and respect in your schools and communities.