On Monday, October 6, Ark of Hope for Children will be represented on a special Voice of America Radio show entitled “Human Trafficking: Intersection with Healthcare; Part 1”. This is an episode of the acclaimed “Once A Nurse, Always A Nurse” show hosted by Leanne Meier, BSN, RN. Leanne will feature Tammy Toney Butler who recently spoke at the American Nurses Association (ANA) General Assembly in Washington, D.C. on Human Trafficking; A Nursing Perspective in Solving a Public Health Crisis. The show airs live at 1:00pm Eastern, 10:00am Pacific time, US.

How much do we as nurses & other healthcare providers personally know about human trafficking? Even the most basic statistics are devastating: 600,000 to 800,000 women, children & men bought & sold across international borders every year & exploited for forced labor or commercial sex. (U.S. Government) When internal trafficking victims are added to the estimates, the number of victims annually is 2-4 million. Do you know someone who has been trafficked? If you respond “No”, don’t be so sure. They are right here among us, especially if you work in ED, OB, Clinics or other healthcare entry points. What we need to do as providers is to be able to recognize & assist these people during that fragile few minutes, hours or days when they present to us. Today’s Show is with expert in this field, Tammy Toney-Butler. She is a nurse, ready & waiting to help us expand the reach of hope to these individuals. 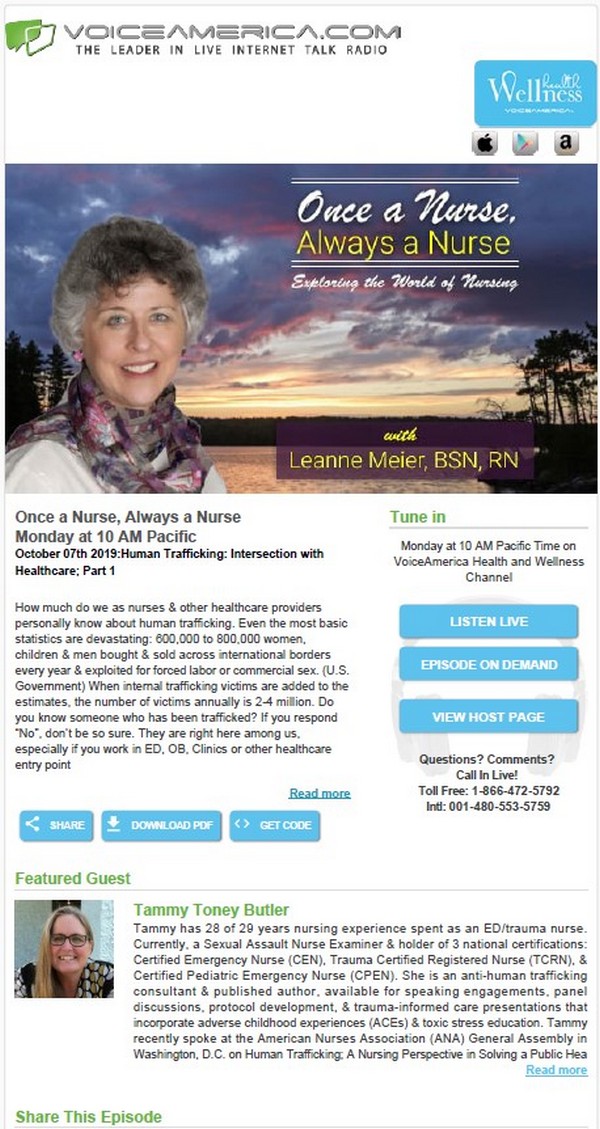 In Loving Memory of Our Brother, Ray Osika 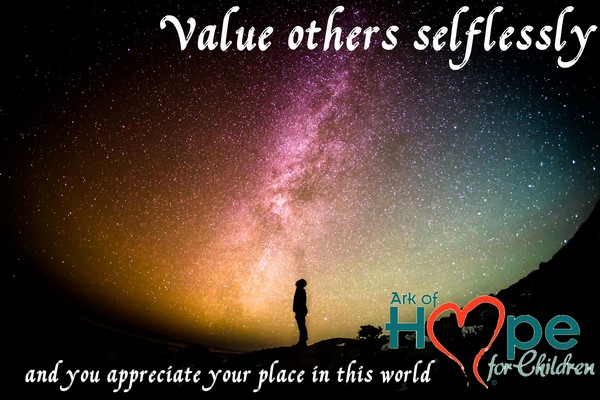 Such a loving and caring man, Verna and our large family cared for him in our home, even as we moved from state to state, for 20 years. He never saw me in a negative way, nor did i with him, but he graciously accepted me and us.

Ray was half paralyzed from a stroke 31 years ago, that came as a byproduct of a brain tumor operation. At the same time he lost his eyesight completely when they were forced to cut his optic nerve. Yet Verna painstakingly made things happen so he could walk with a cane. He lost that ability in October 2016 after a fall broke his hip. Yet once mended, he never skipped lunch and dinner at the table with our oversized family. No way would any of us let that happen. He loved hanging out in his special recliner all day listening to old classics that he liked so much like Mash, The Golden Girls, Andy Griffith Show and Rosanne. They made him smile and laugh no matter how many times he listened to the same show. And when it was those shows it was classic soft rock that he grew up with. All of these kept him centered on love, joy, laughter and hope.

5 Tips to get a maltreated child ready for schooling

5 Tips to get a maltreated child ready for schooling

Child maltreatment is conduct toward a kid that is beyond the norms of behavior and constitutes an extensive risk of causing emotion or physical harm. Types of maltreatment that are recognized include emotional abuse, physical abuse, sexual abuse, and neglect. The origin of maltreatment is varied and hardly understood. Neglect and abuse are associated with delayed growth and development, mental issues and physical injuries. The analysisis based on physical examination, lab tests and sometimes history. Management entails treatment of injuries, mental conditions, and mandatory preparing the child for schooling through foster care to keep them safe.

Read more: 5 Tips to get a maltreated child ready for schooling

With the arrival of Christmas 2017 Ark of Hope for Children wishes to express our deep gratitude to our many followers, volunteer supporters, advocates and of course the survivors that have trusted us. I cannot truly express how humbled I am by your level of care and patience with us during the past year. This year I…. WE hit severe compassion fatigue (burnout) after doing this for 20+ years and heavily online since 2008 when we began assisting survivors of child trafficking and child abuse online. Following the suicide of one teen and rejection of support by another, I spent a good portion of this year feeling as if I could not find words that could help others when I struggled at times to help myself. Yet you stood by us.

It is with great joy that we think of all of the followers, survivors, contributors and volunteers that Ark of Hope for Children is blessed to know. You have so encouraged us this year and we are grateful for every one of you.

For many survivors holidays can be a difficult time indeed; From memories of personal atrocities they faced to missing what could have been and wasn’t for them. Yet with gentle, caring time spent volunteer advocates and peer survivors they are finding glimmers of hope. Ark of Hope for Children strives to bring as many glimmers as possible, and that has only been possible because of your support for us.

How to Support a Bullied Child

How to Support a Bullied Child

Ways to help support, deal with, and overcome bullying

According to the U.S. Department of Justice, 160,000 kids per day do not attend school for fear of being bullied. This is a terribly sad statistic. These children live in a state of fear and dread of the physical, verbal, and mental aggression they face each day.

HOW DOES BULLYING AFFECT A CHILD

Read more: How to Support a Bullied Child