On Beyond Abuse Radio; Justice for Survivors, Part 3 host Misa Leonessa Garavaglia and Blair Corbett, founder of Ark of Hope for Children discuss statutes of limitations for child abuse cases. SOL’s can be a useful tool for other crimes but we feel they are unfair and destructive when related to child abuse offenses. Recorded on BlogTalk Radio on May 25, 2013 it is embedded below.

The show was recorded live by OABI Voices United Network http://www.blogtalkradio.com/oabivoicesunitednetwork. Besides hosting this show every Saturday Misa Leonessa Garavaglia is a personal and spiritual life coach and can be found through her site Misa Coach. Her weekly show can be found by clicking Beyond Abuse Radio.

Below is an embedded copy of the program along with Blair's show notes for anyone to use. We value your comments.

Popular Lifestyle Internet Radio with Beyond Abuse Radio on BlogTalkRadio

#1 Can a child tell and have their abuser prosecuted? A child can always tell. In a perfect world action takes place immediately. In our world it is said they may have to tell 7 people before one listens.

#2 Can an adult survivor of child abuse have their child abuser prosecuted?

Yes; I help adult victims that have realized the depths of what happened in child hood. As they become ready, and stronger, I will ask them if they want to tell; for their sakes AND for the sake of the community where the offender lives now not to mention his history.  However that states statutes of limitations may block the way for certain types of prosecution it bears noting; at least that person will now be on record and even more so if you were not the first to file a report.

#3 If it is harder as an adult why don’t more do it as children?

Children that have been abused do many different things in self-defense. These defense mechanisms can be like going off into a dream state, feeling like they project themselves from their own body so as not to feel the physical thing being done to them. These are called disassociations. Quite often these children have buried their memories so deep so they can try to continue to function in their world of school and family. This can cause them numerous emotional troubles but, if they have nobody they can trust to tell, they may feel this is their only way to deal with the situation.

It can be years from the time they have tried to hide these under the carpet of their lives, before they start to come back out; often in their late 20’s or thirties, even 40’s! When they come back out it can be a very stifling emotional time, magnified by their current circumstances; a mom with 3 kids with or without a husband; a professional expected to continue perform their job at all costs.

#4 What are Statutes of Limitations?

SOL’s are a tool used by the judicial system to limit the amount of time a person has to file a lawsuit against a person or entity. They are used for personal injury, accidents, and almost all areas of the legal system. What becomes blatantly obvious is that they are unfair when dealing with child abuse cases. Some may think they are protecting the accused from attack years later, but what about the victim who in almost every case has lived with extreme trauma ever since the first incident?

Types of issues they have faced; PTSD to the extremes of a war veteran; fear brought on by threats from the offender that haunt waking and sleeping moments; years of sleep deprivation brought on by nightmares and night terrors; drug and alcohol abuse to hide the events which always come back; self-harm; suicidal tendencies; inability to maintain a job due to fear of everyone; personality disorders brought on by disassociation; institutionalizations; and therapy (If they could get it, had insurance, etc).

#5 Can you explain the different variables within SOL’s and what they are intended to mean?

Note; I could not find a state where SOL’s were in place until a child turned at least 16 to 18 years old. The biggest differences to initially see are Civil verses Criminal.

For instance in my state of Florida according to http://sol-reform.com

#6 Are SOL’s uniform across state lines?

No far from it. Some have made advances but others seem to be from the Stone Age.

AK, CT, DE, FL, Maine and Guam have NO Civil statutes of limitations while a large number of other states have no criminal sol’s for some crimes, at least from the outside looking in. We strongly recommend looking up the child abuse statutes in your state and use a fine toothed comb.

#7 This seems like it should not be a problem, why is SOL reform so hard?

The answer in large part is due to those with large pockets lobbying our elected politicians and winning them over with expensive items and promised votes. Some of these lobbyists MAY represent 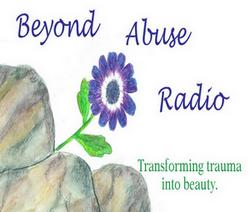 large religious institutions while others MAY be the insurance industry.

In New York Assemblywoman Marge Markey has had versions of her Child Victims Act has passedthe New York State Assembly four times but it has never received a vote in the State Senate! Lobbyists say things that politicians believe like changes will expose religious institutions or insurance companies to potentially devastating civil liability.

Why is this happening? Large religious institutions, and other once esteemed schools and child caring institutions don’t want a potential flood of victims and insurance companies don’t want a flood of claims. This all leaves thousands of victims left in the cold misery continuing to suffer with little to NO representation by politicians who can make the change.

#8 What is being done at state levels to change the SOL’s? A growing number of states have activists pushing for action on child abuse SOL’s.  CA, IL, MA, MN, MO, NV, NY, PA, OR & WA are working on bills in a variety of ways.

#9 Why does SOL Reform matter to Ark of Hope for Children? Ark of Hope for Children and I have been offering a listening ear and mentoring assistance to victims of child abuse, child trafficking, ritual and institutional abuse for many years using the social networks since 1992. In response to what we felt God doing we expanded our online footprint across almost every current social network. Survivors have been finding us in growing numbers including our first child trafficking AND ritual abuse victims reaching out to us for Hope in 2007 or 8.

We try to help them discover themselves as being worthy people that deserve good lives and help them transform by building upon their past abuse rather than trying to bury it any longer. They suffer from everything I mentioned earlier and much more. Each case is different but it grew so much that we recently built and are still refining our online live text chat survivor support site called Removing Chains.org that has the potential to help thousands as we get the volunteer and financial support needed.

But every one of these victimized people deserve hope. They deserve to be able to take action against their abusers. They DON’T deserve the legal system that is supposed to protect them telling them they are not allowed to have their day in court. This removed from them the best way they have of getting the upper hand on the person(s) that have all but destroyed their lives. If and when someone we are mentoring is ready, Ark of Hope wants to help, and has helped some, through that process. The process is painful enough worrying about divisive loss of family or friends, and the emotional strength it takes to face their abuser. BUT if they decide they have that strength what right does society have to take that opportunity away from them?

#10 What is Ark of Hope for Children doing in regard to SOL Reform? We have partnered with the Stop Abuse Campaign which has taken the changing of SOL’s on as one of their actionable areas. I assist them in the SOL area. Due to the knowledge they have and their apparent desire to make positive change state by state until it is nationally changed.

Led by Andrew Willis the Stop Abuse Campaign will help in the writing of petitions that can be acted upon for your state based upon your discovery of your states current SOL’s. They will help with proven methods to get that petition started, methods to greatly increase awareness, get the people behind it and moving it forward to be presented within your state. They have been a large impetuous in the state of New York’s current effort.

#11 Is there promise in the New York efforts to change SOL’s? Hopefully yes, Great efforts are underway in New York and they have a large and growing number of people behind them signing petitions and speaking out. They hope for change like those in Minnesota that just happened. Minnesota’s Child Victims Act passed the Senate and House and is now waiting on Governor to sign. Minnesota news noted that The Minnesota Religious Council, which represents Catholic, Lutheran, Episcopal and Methodist churches, lobbied against the bill and has been fighting similar efforts since 2003.

But the goal is modeled in states where statutes of limitations have been removed; victims have been able to identify their abusers, who often were previously unidentified and could still abusing children.  They get their day in court and hopefully justice. The cycle of violence gets broken, abuse stops before it happens, before another child becomes a statistic.

#12 What can people do in their state? There is a very good site that monitors SOL’s by state at sol-reform.comCheck out that site armed with the definitions I gave before for the legal terminology.

Then check within your state to find out what actions may already be in motion. Finally, contact the Stop Abuse Campaign which, along with founder Andrew Willis can be found online at stopabusecampaign.com