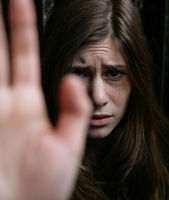 Presented by Project For Healing Humanity

Project For Healing Humanity’s World Online Vigil #4 is to acknowledge the impact of, and lift up the current victims, rescued survivors, and families affected by human sex trafficking globally.

Human trafficking victims are male and female with no race, nationality or religion exempt from its clutches. Generally speaking, victims can range from under four to twenty five or more years old. Victims are much too often seen as prostitutes and willing participators, when in actuality if they are under 18 they are ALL victims being used by the trade. Those over 18 were almost always brought in as children and controlled by fear, drugs, physical abuse, rape, alienation, mind control, theft of identity and documentation and even transported internationally so don’t know the language and surroundings.

They are sold and rented through all sources, especially online and on virtually every social network, search and social video site. Once rescued there are too few qualified rehabilitation homes to bring them to. It is time for us to gather internationally to lift victims and survivors up. To begin their healing they must know that we partner with them as brothers and sisters. And that will not happen until we gather and commit to change.